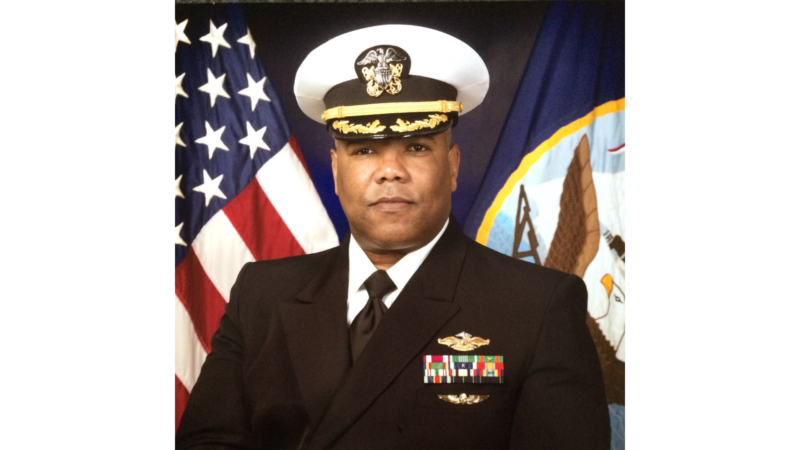 The AOF is honored to present Capt. Mark E. Fleming, DO, with the inaugural 2019 AOF Distinguished Military Service Award. The Distinguished Military Service Award was created to honor an outstanding physician who has made significant contributions to the practice of Osteopathic military medicine. This DO serves as exemplary role models for other physicians and, through his/her deeds, actions and service, advances the cause of Osteopathic medicine while active in the military.

Dr. Fleming is an orthopedic traumatologist who has served in the U.S. Navy for nearly 30 years. Through his years of dedicated service, he has cared for deployed troops, provided guidance to fellow military doctors, and advanced the work of large-care delivery teams at one of the nation’s largest military hospitals.

Extensively experienced in the unique challenges of military medicine, Dr. Fleming is Deputy Director and Staff Orthopedic Trauma Surgeon of the U.S. Navy Trauma Training Center, where he is responsible for the comprehensive management of care for musculoskeletal injured patients. He is also responsible for ensuring excellence in the overall mix of clinical care and clinical teaching for both civilian orthopedic trainees, as well as active-duty military health care providers. Previously, he served as the Deputy Director for Surgery, Director of Orthopedic Research and Chief Orthopedic Surgeon at the Walter Reed National Military Medical Center (WRNMMC). Dr. Fleming was also a forward-deployed orthopedic surgeon during Operation Iraqi Freedom.

In addition to his numerous military responsibilities, he currently holds positions as Adjunct Associate Clinical Professor of Orthopedics at the University of Southern California, and Assistant Professor of Surgery for the Uniformed Services University of the Health Sciences. In addition, he is an approved independent medical examiner for the Objective Medical Assessments Corporation.

A devoted researcher, Dr. Fleming served as primary investigator on a number of federally funded multi-million dollar research projects examining dermal coverage of traumatic war wounds, tissue regeneration following trauma, and large extremity peripheral nerve repair. He has authored dozens of peer-reviewed publications and three book chapters in medical textbooks. In addition, he sits on the editorial boards of both the Journal of Trauma and the Journal of Military Medicine.

He earned his DO degree from the Michigan State University College of Osteopathic Medicine (MSUCOM) in 1999. He completed a general surgery internship at Naval Medical Center Portsmouth and an orthopedic surgery residency program at MSU’s Mount Clemens Regional Medical Center before his fellowship in orthopedic trauma surgery at Hennepin County Medical Center in 2007.

Peter Ajluni, DO, who nominated Dr. Fleming for this honor stated, “Mark Fleming is one of the brightest physicians I know. He is also a tremendous speaker and teacher – his real life stories and photos depicting trauma in the field – make even the most experienced surgeon in the room sit up and take notice. He is doing things that no one else has done, or would probably ever dream to do. That is why today, I am profoundly honored to nominate this brilliant, yet incredibly humble man, who is a blessing to his patients, and a true role model for the next generation of Osteopathic military physicians.”